Here are 3 facts I learned in class about science.

We did an experiment called teh ray of light. we put index cards and on the last one, we put a bullseye and then stick a hole in the front and shine the flashlight in and it will go straight through and HIT the bull’s eye right in the middle.

In class, we did an experiment to investigate this topic. The experiment was called the reflection of light.

Now I will explain what we did:

We got different materials and a flashlight

We had to see which materials the light reflected from

Here is a video of me explaining the experiment:

Welcome to my blog about hockey!

Hockey is a sport that you play on an ice rink. When you score a horn goes only if you’re the home team. There are 31 teams in the NHL. There are almost 32 teams. The 32 team will be coming out in 2 years. The best team right now in the NHL is the Tampa bay Lighting. They are in the Stanley Cup finals against the Dallas stars.  The worst team is the Detroit Red Wings. They have lost 49 games in the 2019-2020 season. BUT…. the Lightning has won the Stanley Cup! Here’s a picture: 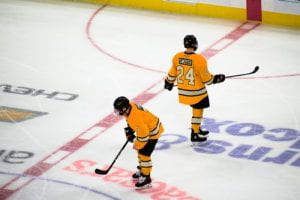 There has also been a few trades from a bunch of different teams but that will bee in part 2. `

All 31 teams have their own color. For example: the Edmonton Oilers were Orange. Every player has their own number. If one of the other players has the same number on the same team they have to be different . But if you’re on a different team you can wear the same number. The best player to ever exist in hockey is….. Wayne Gretzky! He wears number 99 but he was so good that no hockey player could ever wear number 99 ever again! In his first year ever he scored 50 goals in 39 games! Now, a single hockey player could only go up to 98. He played for a bunch of teams, the Rangers, Oilers, and so on.

Have you ever seen a goalie without a helmet? Well let me tell you something. Long ago in the olden days goalies did not even have helmets. So once they were hit they were out of the game and no backup goalies could come in. So when a goalie went to the dressing room the game would stop. This special goalie called Jacques Plante was very mad about all the stitches that was put in his face. He was outside of the arena walking to his car and suddenly this man at a store offered him a mask that would keep his face safe. He wanted to use the mask in a game but his coach did not let him. So the Canadians lost. The second game  he told his coach he would not play unless he could wear the mask. His coach was mad. But he still let him. Right  now this is why all goalies have their own face mask!

Have you ever seen a hockey player score 4 goals in his first game?

I’m sure you didn’t. This player called Auston Matthews in his first game scored 4 goals! It was fabulous to see. He was playing against the 2nd worst team in the NHL. The  Ottawa Senators. His Parents were surprised no player could ever try so hard to get a high score of 4 goals ever again!

Hope you liked my blog about hockey!